August 7th, 2012 (Vancouver, BC) - Freegold Ventures Limited (TSX: FVL, Frankfurt: FR4N) (“Freegold”) is pleased to report the results from its ongoing drill program on the Golden Summit Project located near Fairbanks, Alaska. Drilling at Golden Summit was conducted with two rigs from mid January through mid-April with one rig operating from mid May until now. Drilling has been primarily focused in the Dolphin and Cleary Hill Areas. This drilling in conjunction with the 3,856 metres drilled in the Cleary Hill area last fall will be incorporated in the updated NI 43-101 resource which is expected to be completed by late September/early October. The current NI 43-101 resource at Dolphin was updated in December 2011 which using a 0.35 g/t cutoff, is 14,840,000 tonnes @ 0.66 g/t Au - represents 316,000 ounces in the indicated category and 50,460,000 tonnes @ 0.61 g/t Au - and represents 991,000 ounces in the inferred category. 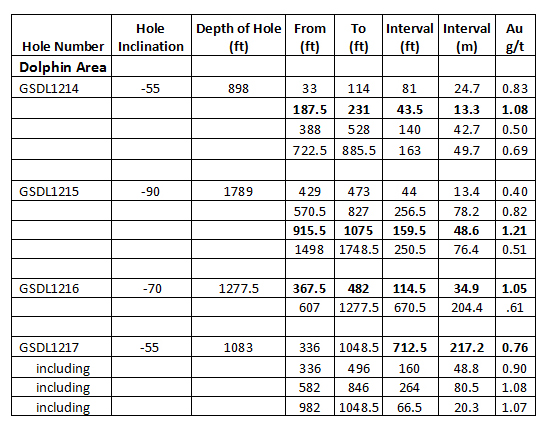 8,228 metres have been drilled in the Dolphin Zone since January of which assays for 5,863 metres have now been reported.

Drill cores were cut in half using a diamond saw, with one-half placed in sealed bags. Core samples were picked up on-site by Acme Analytical and transported to their facility in Fairbanks, Alaska. A sample quality control/quality assurance program was implemented.