These intercepts correspond with Freegold’s revised interpretation that the strike of the Cleary Hill vein system may extend west of the old Cleary Hill Mine working towards the Dolphin intrusive in an area of limited previous drilling. As the district’s highest grade historical underground mine Cleary Hill produced 281,000 ounces at an average grade of 1.3 oz/t before production ceased in 1942. The historic Cleary Hill mine workings are projected to lie approximately 500-600 metres to the northeast of the current drilling.

Significant results are reported below:

Drilling activities were suspended out of concern for the well-being of our employees, contractors, their families, and our communities. The Company is continuing to follow recommended guidelines to assist in minimizing the spread of COVID-19 including its adopted working from home policy for its corporate office and temporary cessation of its field activities. The Company is continuing to evaluate opportunities in order to safely resume its field activities.

Golden Summit was the subject of an intensive drill campaign between January 2011 and August 2013. A total of 36,159 metres were drilled and three NI 43-101 compliant resource updates were completed. In January 2016, a preliminary economic assessment (PEA) was produced by TetraTech (Press release – January 26th, 2016).

Drill cores were cut in half using a diamond saw, with one-half placed in sealed bags for preparation and subsequent geochemical analysis by ALS Chemex. All assays were performed by ALS Global Ltd., with sample preparation carried out at the ALS facility in Fairbanks, Alaska with subsequent analyses performed primarily using its Vancouver and Reno laboratories. A sample quality control/quality assurance program was implemented.

The Qualified Person for this release is Alvin Jackson, PGeo – Vice President Exploration and Development for Freegold.

About Freegold Ventures Limited
Freegold is a TSX listed company focused on exploration in Alaska and holds through leases the Golden Summit Gold Project, near Fairbanks as well the Shorty Creek Copper –Gold Project near Livengood.

Some statements in this news release contain forward-looking information, including without limitation statements as to planned expenditures and exploration programs. These statements address future events and conditions and, as such, involve known and unknown risks, uncertainties and other factors which may cause the actual results, performance or achievements to be materially different from any future results, performance or achievements expressed or implied by the statements. Such factors include without limitation the completion of planned expenditures, the ability to complete exploration programs on schedule and the success of exploration programs. The term “Mineral Resource” used above is defined per NI 43-101. Though Indicated Resources have been estimated for the Project, this PEA includes Inferred Mineral Resources that are too speculative for use in defining Reserves. Standalone economics have not been undertaken for the measured and indicated resources and as such no reserves have been estimated for the Project. Please note that the PEA is preliminary in nature, that it includes inferred mineral resources that are considered too speculative geologically to have economic considerations applied to them that would allow them to be categorized as mineral reserves. There is no certainty that the PEA will be realized. Mineral resources that are not mineral reserves do not have demonstrated economic viability. Without limitation, statements regarding potential mineralization and resources, exploration results, and future plans and objectives of the Company are forward looking statements that involve various risks. Actual results could differ materially from those projected as a result of the following factors, among others: changes in the price of mineral market conditions, risks inherent in mineral exploration, risks associated with development, construction and mining operations, the uncertainty of future profitability and uncertainty of access to additional capital. See Freegold’s Annual Information Form for the year ended December 31st, 2019 filed under Freegold’s profile at www.sedar.com for a detailed discussion of the risk factors associated with Freegold’s operations. 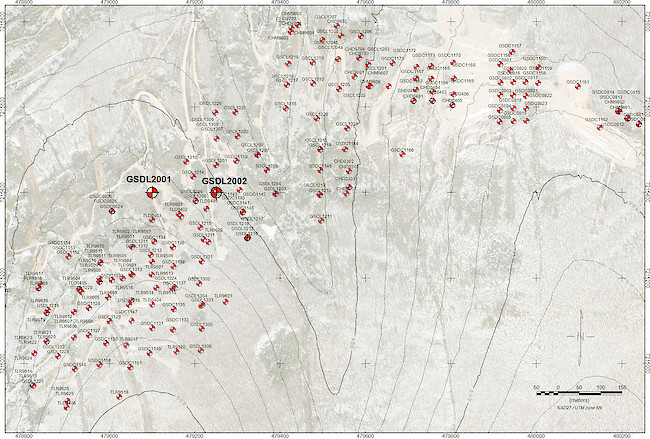