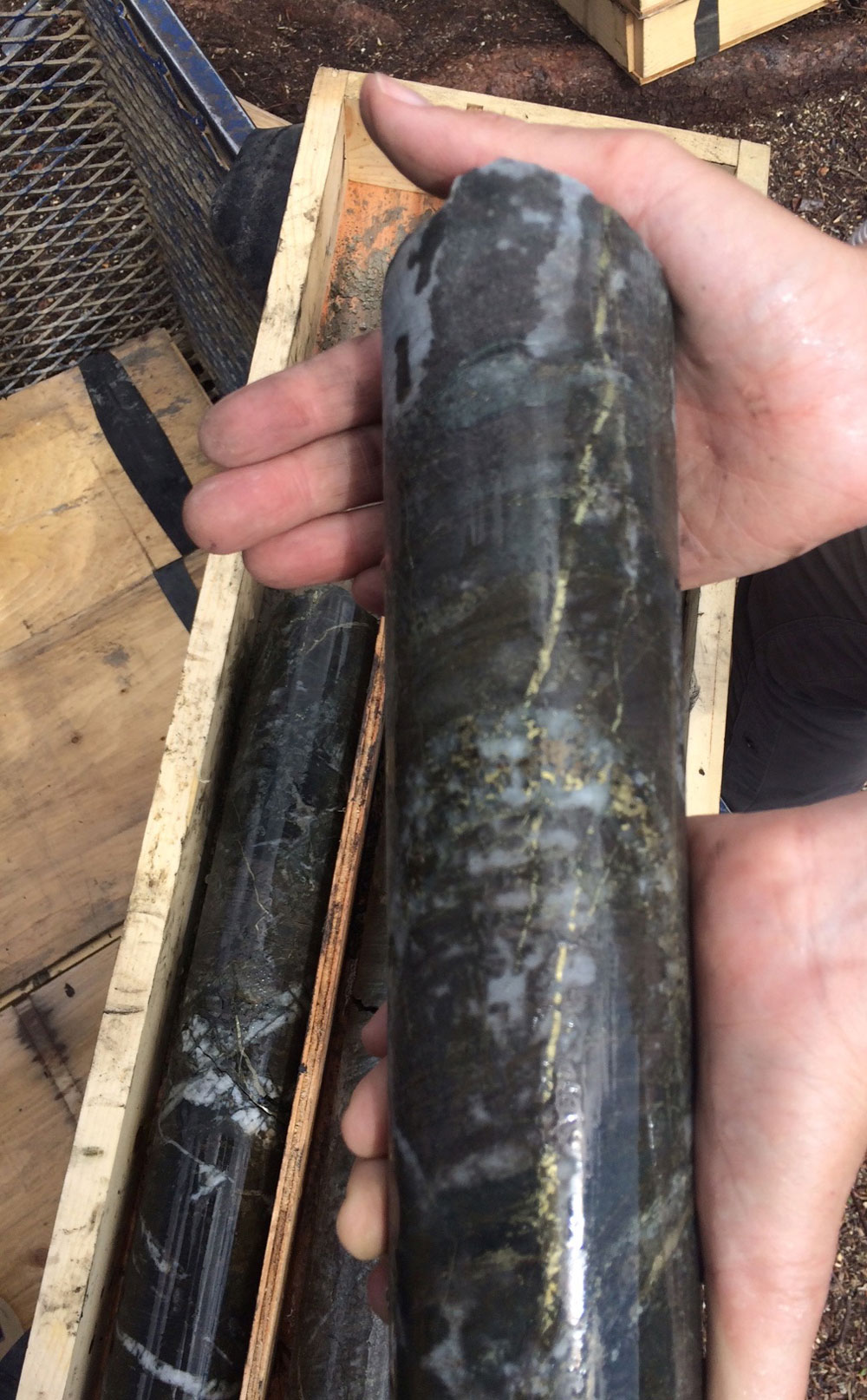 Since our initial discovery hole was announced, Freegold has completed approximately 4,200 metres of drilling at Hill 1835. Our deepest hole SC 16-01 returned material grading Cu 0.55%, Au 0.145 g/t and Ag 9.67 g/t over the last 12 metres with the presence of bornite noted. Nine holes have been drilled within the 700 x 1,000 metre magnetic high at Hill 1835, which remains open both laterally and at depth. Porphyry style mineralization is associated with potassic and pervasive sericite alteration, within hornfelsed sedimentary rocks that are cut by porphyritic dykes and sills. The copper mineralization is primarily chalcopyrite with subordinate bornite. The 2017 program consisted of several step out holes building on the success of the 2015 and 2016 programs and confirmed the sizeable target at Hill 1835. 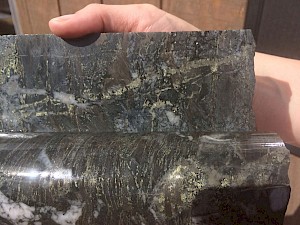 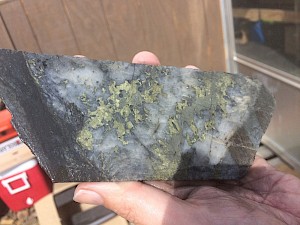 Significant Intervals from the 2017 Drill Program

An initial drill test was also carried out at Steel Creek, located 2.5 km north east of Hill 1835, during the 2017 program. Here, one hole was drilled near the centre of a 2,500 metre by 2,000 metre magnetic anomaly. The hole was drilled to 434.5 metres after encountering significant faulting throughout the hole. Assays are pending.

Compilation of geophysical data, geochemical sampling and drill data indicates Hill 1835 exhibits multiple characteristics of copper/gold porphyries recognized in many high potential mineral exploration prospects. The 2017 program successfully demonstrated the continuity, consistency and extension of the copper, gold silver, tungsten and cobalt mineralization, found in holes SC 15-03, SC 16-01 and SC 16-02 within the magnetic anomaly. Additional work is also warranted on several of the other target areas to follow up on the geological mapping and sampling carried out this year which has further refined other targets within this highly prospective property.

Drill cores were halved using a diamond saw, with one-half placed in sealed bags for geochemical analysis. Core samples were picked up on-site by ALS Chemex and transported to their facility in Fairbanks, Alaska. A sample quality control/quality assurance program was implemented.

The Qualified Person for this release is Alvin Jackson, P.Geo - Vice President Exploration and Development for the Company who has reviewed and approved the contents of this press release.

Some statements in this news release contain forward-looking information, including without limitation statements as to planned expenditures and exploration programs. These statements address future events and conditions and, as such, involve known and unknown risks, uncertainties and other factors which may cause the actual results, performance or achievements to be materially different from any future results, performance or achievements expressed or implied by the statements. Such factors include without limitation the completion of planned expenditures, the ability to complete exploration programs on schedule and the success of exploration programs.