As part of the Phase 1 Oxide Expansion drilling a total of 27 holes were drilled in an area to the north of the current resource area. Using results of the previously completed RAB (Rotary Air Blast) drilling, ground resistivity and soil geochemistry, a series of vertical holes, spaced roughly 50 metres apart in an east -west-north-south grid pattern were drilled. (See attached map). Drilled to an average depth of 70 metres, the hole pattern was designed to determine if the current oxide resource could be expanded to the north as well as to establish boundaries to the current oxide resource.

Assays from the additional 6 holes are below.

* cut to 30 g/t
Width refers to drill hole intercepts, true widths cannot be determined due to uncertain geometry of mineralization.

Hole GSDL 17-16 intersected one of the high grade east-west trending veins that are documented in the Dolphin-Cleary Area and the presence of visible gold was noted. Holes GSDL 17-17 and 17-18, the northern most holes drilled this program intersected intrusive mineralization in an area where intrusive has not previously been encountered. Additional assay results will be reported as they become available. 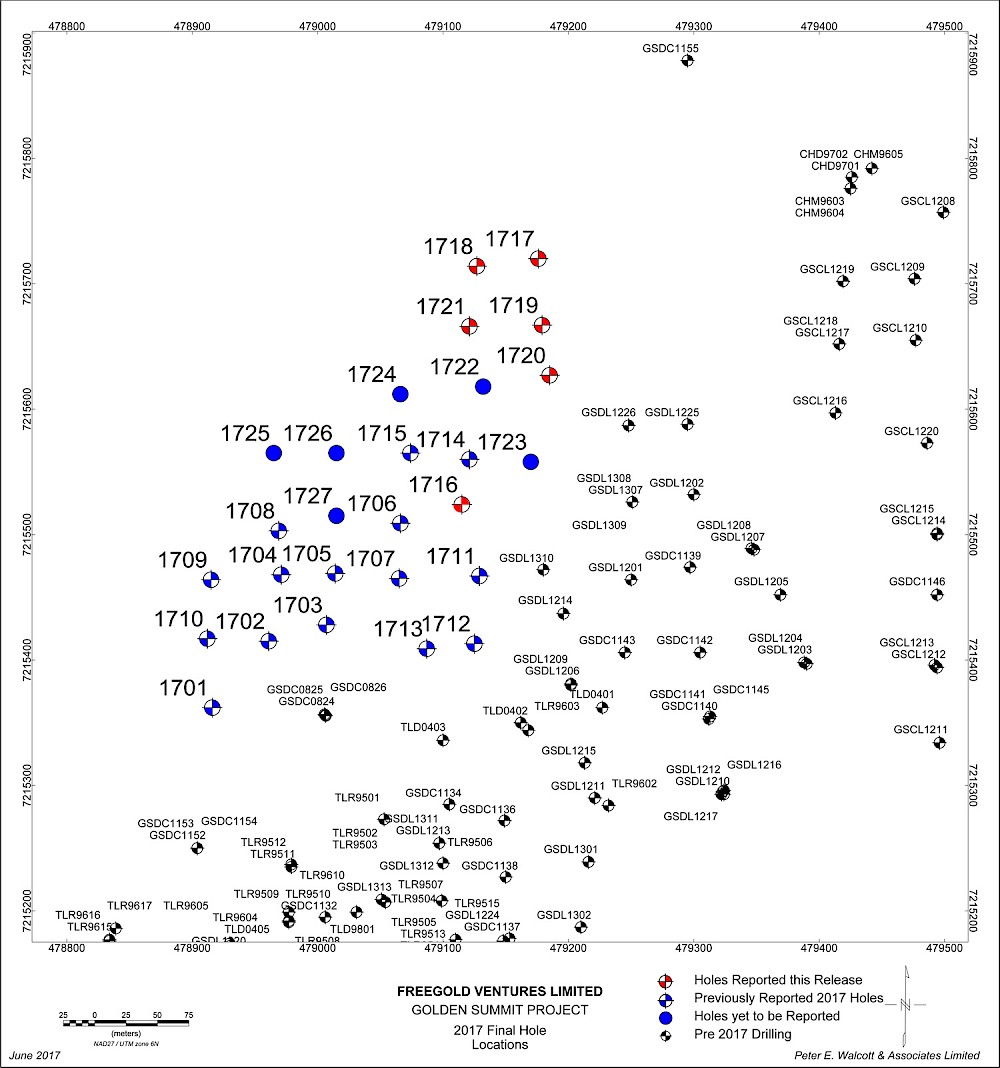